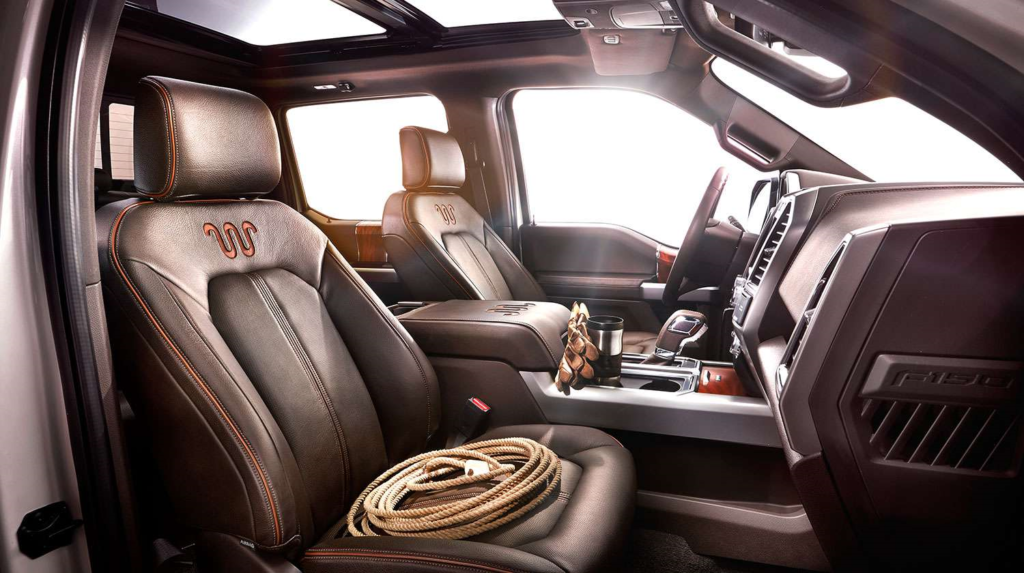 It’s becoming obvious now that some  Ford F150 / F250 / F350 / F450 / Expedition Sunroof  with moonroofs are having problems with the tracks in the system breaking. The track system uses plastic, and the plastic doesn’t last. If you’re having this issue, you’re definitely not alone

After only a few years or a few uses, the moonroof on some  Ford F150 / F250 / F350 / F450 / Expedition Sunroof  trucks will fail. All of the F-150 owners with this issue say the same thing —
they push the button to open the window, there’s a pop as the window opens,
and then it won’t close since the track broke when it opened.

Having a moonroof stuck in the open position while it’s raining is obviously a pretty big deal.
It’s also not good if the weather isn’t a perfect temperature outside — no one wants to freeze or burn up while driving.

Owners may even notice leaking from the back of the roof liner, initially a sign the the moonroof track is beginning to break.
This can turn into a real problem because water can cause serious damage to the interior of the F-150.

This issue is more of a design flaw than something that happens because of neglect or lack of maintenance.
It also has nothing to do with exposure to the elements.

Most vehicles are no longer under warranty
Dealers often want to replace more than just the track system, which may or may not be necessary

Repair damaged, broken, cracked or non working car sunroof and moonroof at a fraction of what ford Dealers charge.
We pass this savings on to you. That is why we can afford to charge less than your Dealers quicker cheaper faster is the real keyword at Sunroof King.
Call us today at 281-571-7001 and experience the difference.